Posted with permission, thank you! 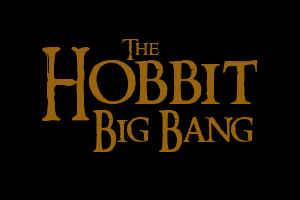 Posted with permission! Thank you :)

etirabys
Summary: Charles meets Hannibal. Then Hannibal brings a wounded Erik to Charles's apartment. Psychological discussions and sex ensue. This summary doesn't do it justice at all: it's one of the best fics I've ever read.
Rating: NC-17, for graphic sex, mentions of violence.
Word Count: 11,396
In Exchange: I'm comfortable writing pretty much anything, from PG to NC-17, gen to slash to femslash to het, and I'm into a lot of fandoms. Make me an offer and I'll see what I can do for you! (Seeing as this fic is very long, I'd be up for doing a series of short fics in exchange.)
Additional Notes: This one demands a lot of a reader. There's a little French, a little German, three different distinct voices, and a lot of telepathy. Also, a lot of smut. This is posted at the X-Men First Class Kink Meme in 18 parts. There are a few typos and

etirabys said "feel free to take liberties with [the typos] and fix them however you like" when I asked for permission. There's also an omitted word in Part 13, which is posted in a comment directly underneath it.

ohladybegood
Summary: Stephen is in it for the long con. But it's not the Avengers who are the mark; Stephen himself is.
Word Count: 3,888
In Exchange: I'm comfortable writing fic for some very diverse fandoms. I'm fine with writing het, slash, femslash, or gen, and as it's almost Christmas break I'll actually have time to write something up. If you give me a prompt there's a good chance I'd be able to fill it. Anything from fluffy PG cuddling to angsty PG-13 misunderstandings to symbolic R-rated dreams to smutty NC-17 hatesex

entangled_now
Rating: Teen
Fandom: Supernatural
Pairing: Lucifer/Gabriel, Sam/Gabriel
Summary: Lucifer takes Gabriel's hand, flesh and blood, Sam's flesh and blood. He raises it to his new body, his stolen skin and lays it over the slow, strong thud of his heartbeat. Sam's heartbeat. Presses it there like he isn't gone. Like Gabriel can have him.
Word Count: 391
In Exchange: podfic of 400 words or less OR lots of general love and adoration (lol!). I would be willing to record my own version of this if you want to team up to record two versions.

The author has a blanket permission to podfic policy.

Title: We Shall Hit the Ground Together, and Keep Falling by

entangled_now
Rating: Teen
Fandom: Supernatural
Pairing: Lucifer/Michael
Summary: This time they fall together, and they hit the ground together.
Word Count: 850
In Exchange: podfic of 500 words or less OR lots of general love and adoration (lol!)

The author has a blanket permission to podfic policy.

Title: A Question of Balance by White Rain (

I am going to pump some life into the community if it kills me!

scaramouche)
Rating: Teen And Up Audiences
Fandom: Supernatural
Pairing: Castiel/Sam
Summary: AU. Castiel just wants to do his work. Sam bothers him by existing.
Word Count: 7294
In Exchange: podfic cover for this podfic or another, your choice

Title:: A Splitting Of The Mind
Author:

shoved2agree
Pairing/fandom: Frank/Gerard My Chemical Romance
Rating: R/NC-17
Word Count: about 140,000
In Exchange: a fic and promos.
Summary: Gerard Way sees the world differently. Alone and institutionalised, Gerard claims that he is being hunted, that his mind holds the key to existence. Does Gerard really hold such a powerful secret? Or is he just insane like everyone else in the institution?

Note: I am not the author of this fic but she has given permission for this to be made into a podfic. Please message me if you plan on recording this fic. I'm